Lighthouses on the Spit

Wrecks were frequent in this busy waterway. In the early 1780s, the Corporation of Trinity House, which built and kept lighthouses by raising shipping tolls, was asked to help. In 1786 it built a light at the Needles and one at Hurst Spit, just west of the castle. This was located roughly where the castle café is now positioned, as this wing was not built at that time.

The first lighthouse keeper was attacked in 1792 by one of the garrison, for reasons lost to us, but relations between the keepers and the castle seem generally to have been friendly. In 1812, a second, taller light, the High Light, was built on the spit about 50ft (15m) east of the current lighthouse, and the light of 1786 was renamed the Low Light. The two lights together formed a bearing line, when one was exactly behind the other, guiding ships into the safe channel.

In 1911, the shifting shingle bank and consequent shift in a navigable channel led to the construction of a new metal Low Light (the third) further west on the wall.

The new light was built of steel on steel gantry, which would enable the lighthouse to be moved sideways should the shingle bank move again, and originally painted red. The lighthouse has never had to be moved and is now well rusted into its present position.

The top, with its weather vane, was removed and is now sited outside the Trinity Rooms in the West Wing.

However, in the 1860s the light of 1786 was demolished to make way for the castle’s new west wing and a new Low Light was built in 1865 on the rear wall of the wing.

A timber stair from outside the wing gave Trinity House staff access, so they didn’t need access into the castle to gain entry to the lighthouse. The doorway to this can be seen as you approach the castle’s main entrance to the right.

In 1867 the High Light was demolished and a new one, which still functions today, was built.

In 1923 its oil lighting was replaced by lamps lit by acetylene gas (which also powered the Low Light) produced by the generator in the building alongside. The generator remains, a rare survival, but in 1968 gas cylinders were brought in to power the lights.

For further information, please visit the Trinity House and the Association of Lighthouse Keepers’ rooms in the west wing of the castle. The current operational lighthouse is located outside of the castle walls on the East side of the spit. 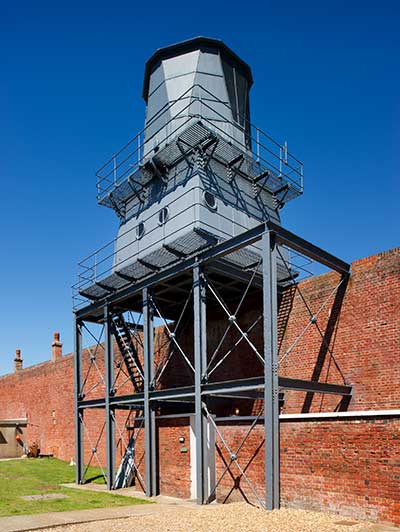 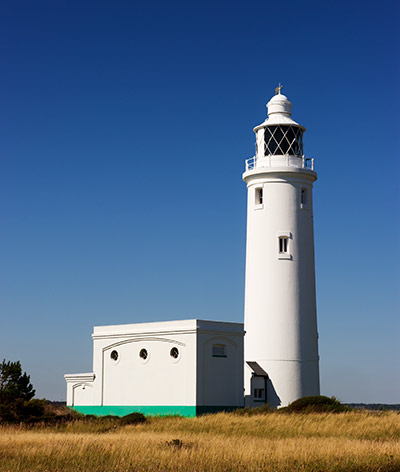 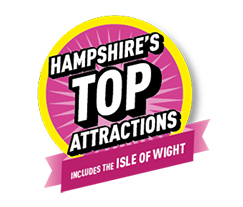 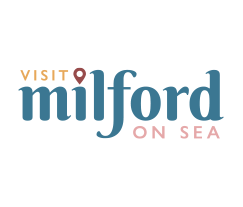